Nowadays the portable Room Dividers you see in a majority of stores may seem like they are a relatively new design. However, these pieces came from China around the 4th century BC. From the beginning, the screens have been used for practical and decorative purposes. In addition to being a practical tool for partitioning a space they were works of art.

Since they were created approximately 2300-2400 Years ago the screens have come a long way. By the 2nd century BC, the Japanese had adopted their own versions of the original designs from China. These became known as the Japanese folding screen, which had multiple variations. The first was the Byobu screens which were lavishly adorned. They were made from multiple joined panels allowing one to fold the screen. The folding capability of the Japanese screens made for them to be more agile. After the Byobu screen came the Shoji screen. The Shoji screen incorporated a layered rice paper that was lightweight which made the screens easier to move.

Between the 15th – 17th century Europeans and later Americans who had traveled to the Pacific rim began returning home with the screens where they soon began to sell room dividers to the public. The arrival of the screens in the new market led the local craftsman to begin creating their own versions of the screens. American and European craftsman began incorporating materials such as silk, leather, wood, mirrors, tapestry and embroidery. The usage of these materials resulted in the screens being adequate for preventing drafts in sizable spaces. The screens also became a luxury good and signified class status amongst the western nobility.

Today, room dividers are not only used in homes. The screens have spread throughout society and are used in a wide variety of settings ranging from hospitals and clinics, to yoga studios, and airports. A single room divider can drastically alter and improve the atmosphere within a room. They offer privacy in places where it is needed, and a decorative element to a rooms layout. Room dividers are extremely versatile and are easy to install. Our company is extending the tradition of asian style room dividers and adapting them to modern aesthetic. At Room Dividers, we are proud to offer screens that fit in any home and accommodate just about any budget. 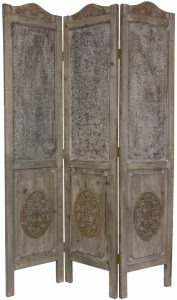 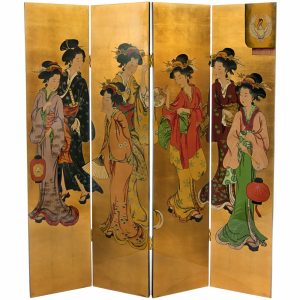 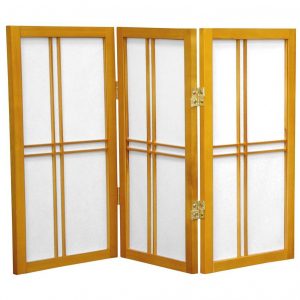 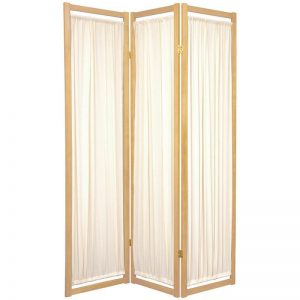